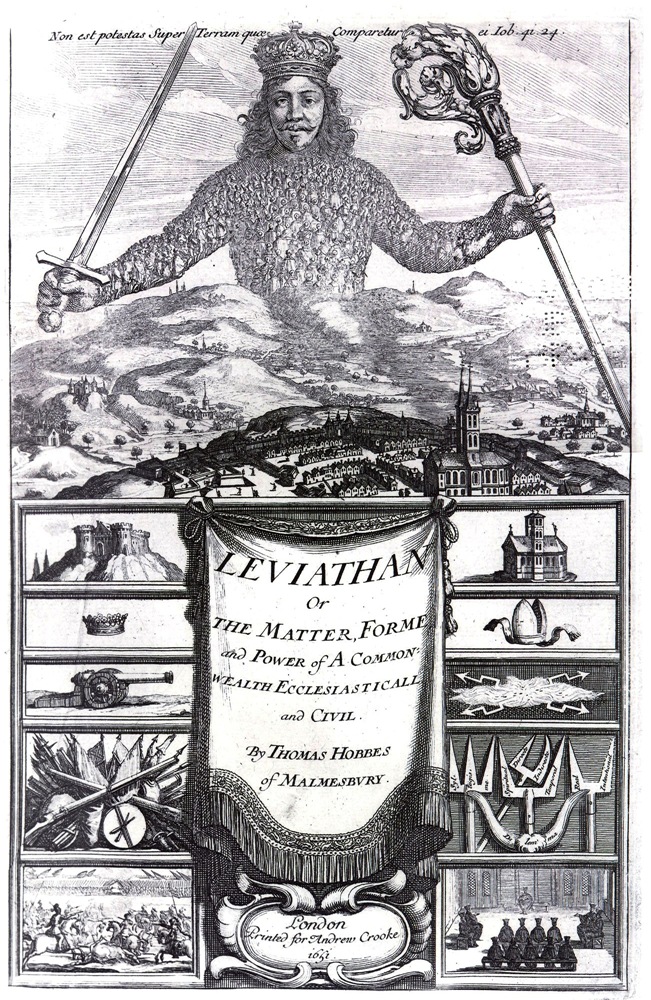 Nature hath made men so equal in the faculties of body and mind as that, though there be found one man sometimes manifestly stronger in body or of quicker mind than another, yet when all is reckoned together the difference between man and man is not so considerable as that one man can thereupon claim to himself any benefit to which another may not pretend as well as he. For as to the strength of body, the weakest has strength enough to kill the strongest, either by secret machination or by confederacy with others that are in the same danger with himself.

And as to the faculties of the mind, setting aside the arts grounded upon words, and especially that skill of proceeding upon general and infallible rules, called science, which very few have and but in few things, as being not a native faculty born with us, nor attained, as prudence, while we look after somewhat else, I find yet a greater equality amongst men than that of strength. For prudence is but experience, which equal time equally bestows on all men in those things they equally apply themselves unto. That which may perhaps make such equality incredible is but a vain conceit of one’s own wisdom, which almost all men think they have in a greater degree than the vulgar; that is, than all men but themselves, and a few others, whom by fame, or for concurring with themselves, they approve. For such is the nature of men that howsoever they may acknowledge many others to be more witty, or more eloquent or more learned, yet they will hardly believe there be many so wise as themselves; for they see their own wit at hand, and other men’s at a distance. But this proveth rather that men are in that point equal, than unequal. For there is not ordinarily a greater sign of the equal distribution of anything than that every man is contented with his share.

From this equality of ability ariseth equality of hope in the attaining of our ends. And therefore if any two men desire the same thing, which nevertheless they cannot both enjoy, they become enemies; and in the way to their end (which is principally their own conservation, and sometimes their delectation only) endeavour to destroy or subdue one another. And from hence it comes to pass that where an invader hath no more to fear than another man’s single power, if one plant, sow, build, or possess a convenient seat, others may probably be expected to come prepared with forces united to dispossess and deprive him, not only of the fruit of his labour, but also of his life or liberty. And the invader again is in the like danger of another.

And from this diffidence of one another, there is no way for any man to secure himself so reasonable as anticipation; that is, by force, or wiles, to master the persons of all men he can so long till he see no other power great enough to endanger him: and this is no more than his own conservation requireth, and is generally allowed. Also, because there be some that, taking pleasure in contemplating their own power in the acts of conquest, which they pursue farther than their security requires, if others, that otherwise would be glad to be at ease within modest bounds, should not by invasion increase their power, they would not be able, long time, by standing only on their defence, to subsist. And by consequence, such augmentation of dominion over men being necessary to a man’s conservation, it ought to be allowed him.

Again, men have no pleasure (but on the contrary a great deal of grief) in keeping company where there is no power able to overawe them all. For every man looketh that his companion should value him at the same rate he sets upon himself, and upon all signs of contempt or undervaluing naturally endeavours, as far as he dares (which amongst them that have no common power to keep them in quiet is far enough to make them destroy each other), to extort a greater value from his contemners, by damage; and from others, by the example.

So that in the nature of man, we find three principal causes of quarrel. First, competition; secondly, diffidence; thirdly, glory.

The first maketh men invade for gain; the second, for safety; and the third, for reputation. The first use violence, to make themselves masters of other men’s persons, wives, children, and cattle; the second, to defend them; the third, for trifles, as a word, a smile, a different opinion, and any other sign of undervalue, either direct in their persons or by reflection in their kindred, their friends, their nation, their profession, or their name.

Hereby it is manifest that during the time men live without a common power to keep them all in awe, they are in that condition which is called war; and such a war as is of every man against every man. For war consisteth not in battle only, or the act of fighting, but in a tract of time, wherein the will to contend by battle is sufficiently known: and therefore the notion of time is to be considered in the nature of war, as it is in the nature of weather. For as the nature of foul weather lieth not in a shower or two of rain, but in an inclination thereto of many days together: so the nature of war consisteth not in actual fighting, but in the known disposition thereto during all the time there is no assurance to the contrary. All other time is peace.

Whatsoever therefore is consequent to a time of war, where every man is enemy to every man, the same consequent to the time wherein men live without other security than what their own strength and their own invention shall furnish them withal. In such condition there is no place for industry, because the fruit thereof is uncertain: and consequently no culture of the earth; no navigation, nor use of the commodities that may be imported by sea; no commodious building; no instruments of moving and removing such things as require much force; no knowledge of the face of the earth; no account of time; no arts; no letters; no society; and which is worst of all, continual fear, and danger of violent death; and the life of man, solitary, poor, nasty, brutish, and short.

It may seem strange to some man that has not well weighed these things that Nature should thus dissociate and render men apt to invade and destroy one another: and he may therefore, not trusting to this inference, made from the passions, desire perhaps to have the same confirmed by experience. Let him therefore consider with himself: when taking a journey, he arms himself and seeks to go well accompanied; when going to sleep, he locks his doors; when even in his house he locks his chests; and this when he knows there be laws and public officers, armed, to revenge all injuries shall be done him; what opinion he has of his fellow subjects, when he rides armed; of his fellow citizens, when he locks his doors; and of his children, and servants, when he locks his chests. Does he not there as much accuse mankind by his actions as I do by my words? But neither of us accuse man’s nature in it. The desires, and other passions of man, are in themselves no sin. No more are the actions that proceed from those passions till they know a law that forbids them; which till laws be made they cannot know, nor can any law be made till they have agreed upon the person that shall make it.

It may peradventure be thought there was never such a time nor condition of war as this; and I believe it was never generally so, over all the world: but there are many places where they live so now. For the savage people in many places of America, except the government of small families, the concord whereof dependeth on natural lust, have no government at all, and live at this day in that brutish manner, as I said before. Howsoever, it may be perceived what manner of life there would be, where there were no common power to fear, by the manner of life which men that have formerly lived under a peaceful government use to degenerate into a civil war.

But though there had never been any time wherein particular men were in a condition of war one against another, yet in all times kings and persons of sovereign authority, because of their independency, are in continual jealousies, and in the state and posture of gladiators, having their weapons pointing, and their eyes fixed on one another; that is, their forts, garrisons, and guns upon the frontiers of their kingdoms, and continual spies upon their neighbours, which is a posture of war. But because they uphold thereby the industry of their subjects, there does not follow from it that misery which accompanies the liberty of particular men.

To this war of every man against every man, this also is consequent; that nothing can be unjust. The notions of right and wrong, justice and injustice, have there no place. Where there is no common power, there is no law; where no law, no injustice. Force and fraud are in war the two cardinal virtues. Justice and injustice are none of the faculties neither of the body nor mind. If they were, they might be in a man that were alone in the world, as well as his senses and passions. They are qualities that relate to men in society, not in solitude. It is consequent also to the same condition that there be no propriety, no dominion, no mine and thine distinct; but only that to be every man’s that he can get, and for so long as he can keep it. And thus much for the ill condition which man by mere nature is actually placed in; though with a possibility to come out of it, consisting partly in the passions, partly in his reason.

The passions that incline men to peace are: fear of death; desire of such things as are necessary to commodious living; and a hope by their industry to obtain them. And reason suggesteth convenient articles of peace upon which men may be drawn to agreement. (…)

Leviathan by Thomas Hobbes, The First Part: Of Man, Chapter XIV: Of the First and Second Natural Laws, and of Contracts.